In today’s world Java and Python are the two of the hottest programming languages famous among the developers.

Java and Python are the two most demanding and Secure languages of recent times.

And it’s quite common to get confused when it comes to picking one out of the two. Now the most common questions asked by the beginners is which one is better: Java or python.

So let’s begin with a brief introduction of both the languages and Comparison of Java Vs Python.

Starting with what is Java. Java is an object oriented platform independent programming language which is used for developing various applications including mobile applications and web applications.

Next we have what is Python. Python is a simple open source and object oriented programming language which is generally used for artificial intelligence, machine learning,web development and many.

Python is a general purpose language which means that can be used to build almost anything.

The language is great for backing up developing data analysis, artificial intelligence and scientific computing.

In addition to its efficient uses it can be used to create gains productivity on fixed up hours for computer savvy jobs on bite and development.

Java is one of the most primary  languages that produces different types of  software for multiple platforms.

And the most amazing thing is that it is platform independent and It  can be written once and run anywhere.

Python on the other hand is a simple, easy to read and high-level programming language, but the program has mostly fallen in love with it.

Because of the increasing productivity and flexibility that it provides both of these have been the two most popular and controversial languages of the era.

So let’s move ahead and take a look at the various aspects of comparison that will help us to find an answer to the question.

Let’s compare these two languages on the basis of some parameters. Starting with a number one we have speed.

So in terms of speed, Java is faster than python as it is a statistically typed and compiled language.

It takes less time to execute a code. On the other hand Python is a dynamically typed and an interpreted language and determines the type of data or the datatype of the variable at the run time, thereby making it relatively slower than Java.

While the statistically typed languages like Java, it performs the checking at the compile time.

Which is better Java vs Python now if we take a look at the speed of java and python, the former is a statically typed programming language, which makes it faster.

Where the interpreter determines the type of data at runtime thus making it slower comparatively when it comes to Legacy Java’s history in the Enterprise.

And the world of coding styles is typically larger and more numerous.

Java vs Pythons Length of Code

Where Python hasless Legacy problem, which makes it difficult for the organization’s to copy and paste codes now both the languages are pretty simple and easy to write.

But if we look at the line of the codes java vs python. Python consists of less number of lines codes or shorter codes as compared to Java.

Which is also easy to understand, another characteristic is the database’s Java database connectivity is most popular and widely used to connect.

Whereas python’s database access layers are weaker than jdbc that is why it is rarely used in Enterprises.

Now if I look at the Practical ability Java provides more undeviating refactoring support than python.

It is a static type system and versatility of IDE for the development of mobile and web applications or software.

But the python language has become a most demanding choice for all the recent Technologies, like Data Science, Machine Learning, Iot and Artificial Intelligence.

When you’re declaring a variable in the case of Java you have to specify the data type of the variable and you have to end that statement with a semicolon.

In the case of Python You don’t need to specify the data type of the variable.

Python automatically detects the data type of the variable and even you don’t need to specify semicolon at the end.

If in the case of Python you are specifying that data type or a semicolon at the end you’ll get an error.

In Java We have a parameterized constructor which has some parameters or attributes associated with it.

We are defining a function as a show which is used to print the result. And finally we are calling the main function to perform our final step.

But now if you see in case of Python we are using init method which is somewhat similar to constructor in Java.

And also note that We are not using any specific main function in Python.

The next feature of comparisons is the salary growth of java engineers and python Engineers based on their experience.

We can see that there has been a steady growth in both the situations over a certain period of time now.

If we compare the growth of both the engineers in case of freshers, python has a little Edge over java due to its increased demand in recent times nowadays.

The jobs are most demanding in Automation and connected to Artificial intelligence.

Whereas if we focus on the growth most of the time in case of experienced Engineers Java Dominates over the time because Java has been in use in every way before python became popular.

Java and python are different from each other and this might help you to finally decide the winner out of the to let’s have a look at some of the basic differences.

Difference between java and python

Java is a compiled programming language and the source code is compiled down to bytecode by the Java compiler and the bytecode is executed by a Java virtual machine.

On the other hand, python, an interpreted language as the translation occurs at the same time as the program is being executed.

Python is also an object oriented programming language, but it has an added more  Advantage for Automation.

Python is also a scripting typed programming language and It is easy to write scripts in Python.

Where as the dynamically typed programming languages do type checking at runtime as opposed to compile time.

It also provides a way for you to write a little quicker because you do not have to specify types every time next if we compare the number of lines in a code.

Where we can just use the print function for the statement in Case of python.

But In Java, a strongly typed programming language if you forget to use the semicolon at the end of a statement, it will throw an error.

But At the same time in python there is no need for any semicolon to end the statement.You can Become a good Java Programmer visit here.

Now the most important difference in the syntax difference of both. The language is the indentation in Java.

So in Java You must declare a particular block using curly braces. Otherwise, the code won’t work.

But at the same time in case of python there is no such need  for any curly braces, even though indentation is mandatory.’

We can say that Python has slight Edge over java and it would be fair to declare the former as the winner in this battle.

So, what do you think about Java Vs Pythons? Let us know about your opinion in the comment section below and also mention other aspects where you think 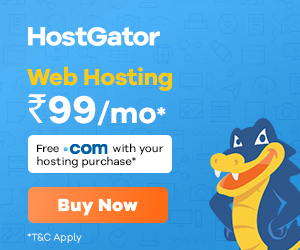